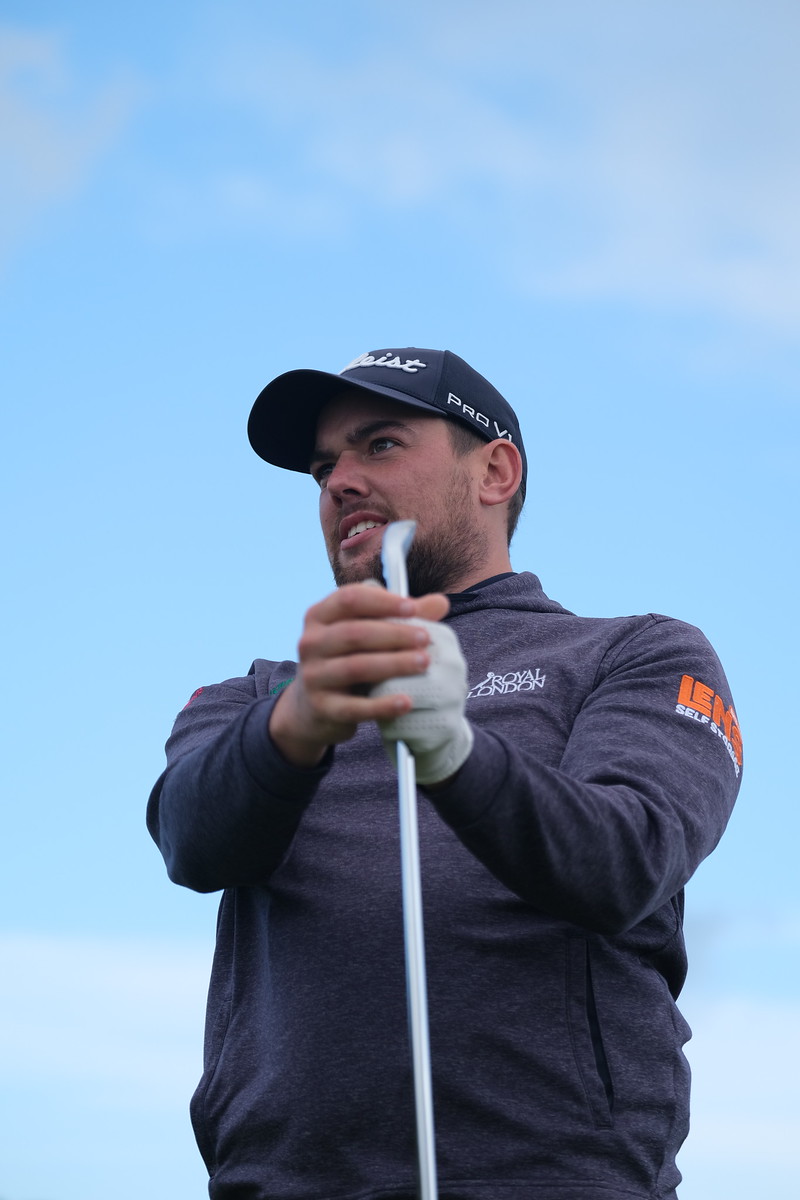 Len’s Self Storage is the new sponsor of Stuart McLaren - an Edinburgh local pro golfer with three wins, eight top 10s and 17 top 25s gained throughout 2022. We’re beyond excited to be a part of his journey!

“I am pleased to say that for 2022 we have ticked off a number of these goals,” said McLaren.

McLaren often reminisces about his past and how much he learned over the last two years..

“2021 was an eye opener to what it takes to compete in the professional game, and it was my goal this year to come back a better player both on and off the course - and I believe I did. In short, you're always going to have tough moments, but it's how you deal with them.”

From humbly entering the professional world of golf in 2021 to booming at the start of the 2022 season, by this point, McLaren has competed in:

“The season started well with a win, three top 10s and five top 25s - some would say the perfect start.”

Unfortunately, McLaren damaged ligaments in his ankle, so practice and play became limited, but with a fantastic and supportive team around him, he was able to get healthy and return just in time for The EuroPro Tour, which began in May 2022.

The EuroPro Tour included 15 events in the space of 18 weeks and mini-tours. In between the hustle and bustle of the EuroPro, McLaren also had to juggle British Open Qualifiers.

“The EuroPro Tour season is extremely full on! So, planning a schedule is key. After missing out on their Tour Championship last year by five spots, making sure I was in the top 60 at the end of the season was my priority.”

Once the EuroPro Tour began, McLaren felt he showed immediate and significant improvement from his previous year.

“I settled into the competitions quicker, found my feet and my scores.”

His season EuroPro Tour results were:

“In these events, I was in the final group in the last round twice, which showed my game was more than good enough to compete. It also meant I secured my place in their Tour Championship in October – so my main goal for the year was achieved!”

Due to most of his events being in the South of England and wanting to tidy up some areas of his game, McLaren looked for new support from a coach based down south.

“The good old saying 'the grass isn't always greener' sums that decision up. Golf can be a lonely sport when you're away from home for nearly four months. It's even harder when you find yourself on a poor run of form like I did towards to end of this year. So, I linked up with my coach of 14 years when I got back from the last EuroPro event, and it's the best thing I ever did.”

The next week McLaren made the cut at the first stage of DP Tour Q School and just missed out on getting through to the next stage. However, this gave him an affiliated membership for the Challenge Tour next year, which gave him the confidence he needed to succeed in his last four events of 2022.

“I am already looking forward to the 2023 season, where things are looking bigger and better. It even looks like I am going to be signing with a golf management company before the year ends! Thank you again, Len’s Self Storage, for your support - I can’t wait for 2023!”

The team at Len’s Self Storage is proud to sponsor Stuart and we’re excited to see what he does in 2023!